Can You Spot the Ghost in This Old Black and White Photo?

Once you do, you’ll be totally creeped out.

In a recently emerged 19th-century photo, you just might spot something that will give you chills.

At first glance, the photo, which was taken in 1900, just appears to show 15 women standing outside of a Belfast, Ireland, linen mill in their work uniforms. But if you look a little closer, you’ll see something slightly more paranormal. Can you spot the ghost among the mill workers?

Here’s a hint: If you look at the woman on the far right of the photo and in the second row from the bottom, you’ll notice a hand resting on her right shoulder. And yet both women behind her have their arms folded and their hands tucked away — so the hand can’t possibly belong to either of them. Take a closer look here:

The woman seems not to notice (or care about?) the bodiless hand on her shoulder, and they haven’t found any other evidence of paranormal activity in the photo. They also haven’t found any evidence it’s been photoshopped. Although the woman in the photo kept her cool, it’s safe to say everyone else’s thoroughly creeped out. 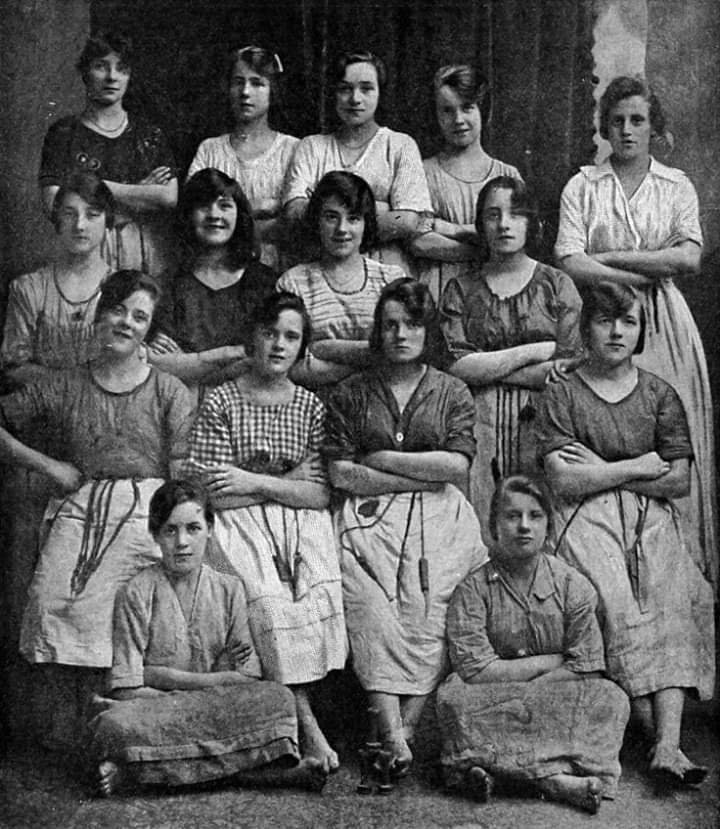