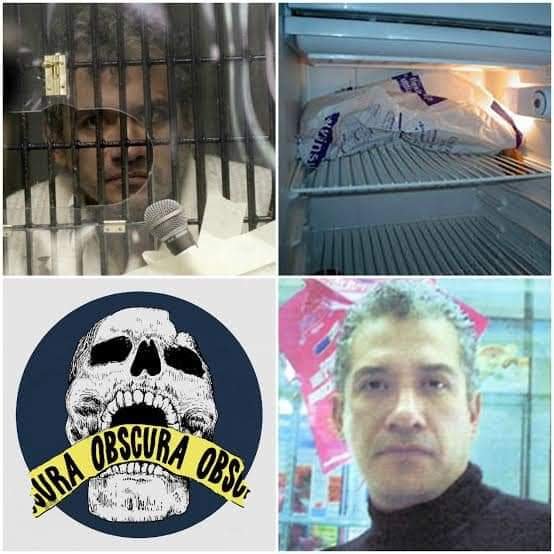 Jose Luis Calva was a Mexican author and serial killer. His main target was women and is accused of murder in up to 8 separate cases. He had a bad childhood, his father died when he was young and his mother was constantly brought different men around. Calva was also rapped by one of his brother’s friends. Later Calva met Aide who became his wife and mother of his two children. They eventually divorced and she took their two children to the United States with her. Calva became very depressed. Sometime in October 2007 the police went into Calva’s home because he was under the suspicion that he was responsible for the disappearance of his girlfriend Alejandra Galeana, who was last seen October 6. When the police came into his home he was found eating a plate of human meat he had seasoned with lemon. Calva tried to escape by jumping through his window. He had to be hospitalized, but he was captured. In his apartment the police found the mutilated body of his girlfriend, human limbs in his refrigerator, cooked human flesh in a frying pan and human bones in a cereal box. They also found an unfinished book which Calva had titled, “Instintos Canibales o 12 dias” (Cannibal Instincts or 12 days) he also had a poster of Anthony Hopkins as Hannibal Lecter. Calva was charged with 2 murders and convicted to 84 years of prison. On December 11, 2007 Calva was found hanging from the roof of his prison cell, he had committed suicide by hanging himself with his belt.