Sylvia Likens was sweet 16 in July 1965, when the untimely arrest of her mother, left her and her little sister in the care of Gertrude Baniszewski. She would never be allowed to leave the Baniszewski home alive.

Although Lester Likens had agreed to pay Gertrude Baniszewski $20 a week in exchange for the care of his daughters, these weekly payments gradually failed to arrive exactly upon the prearranged dates, occasionally arriving one or two days late. In response, Gertrude began venting her frustration at this fact upon the sisters by beating their bare buttocks with various instruments, such as a one-quarter-inch-thick (6.4 mm) paddle, making statements such as: “Well, I took care of you two little bitches for a week for nothing!”

To entertain Gertrude and her teenage accomplices, Likens was forced at one point to strip naked in the family living room and insert an empty Coca-Cola bottle into her own vagina in their presence, with Gertrude stating to all present this act of humiliation being for Sylvia to “prove to Jenny what kind of a girl you are.”

Due to the increase in the frequency and brutality of the torture and mistreatment she was subjected to, Likens gradually became incontinent. She was denied any access to the bathroom, being forced to wet herself. As a form of punishment for her incontinence, on October 6, Gertrude simply threw Likens into the basement and tied her up. Here, Likens was often kept naked, rarely fed, and frequently deprived of water. 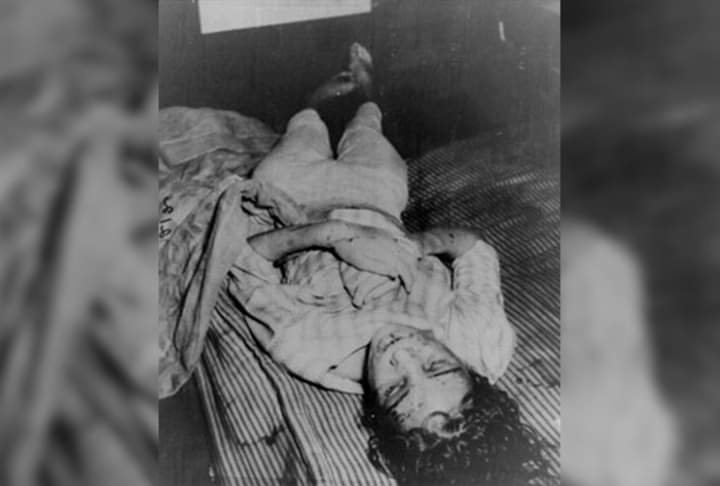